The Innovator’s Dilemma for Fund-of-Funds 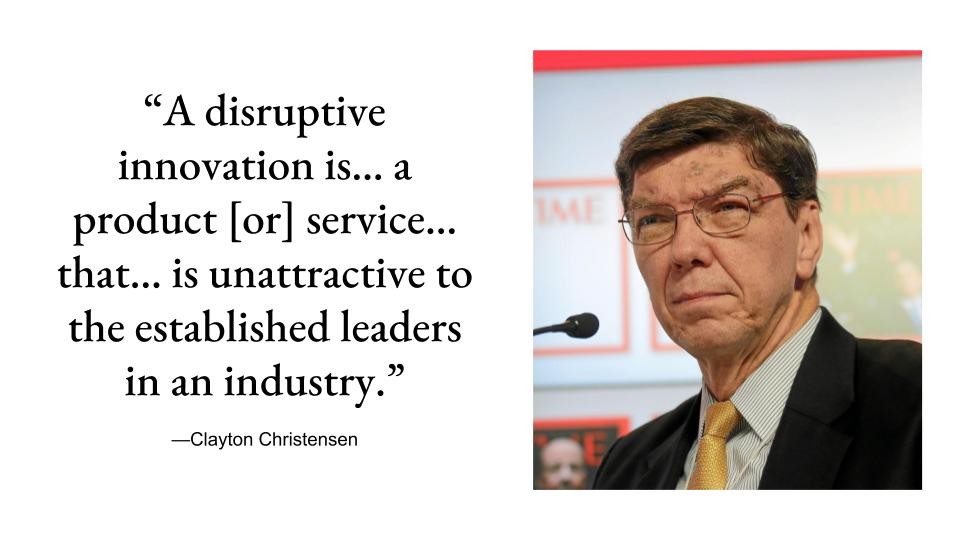 The Innovator’s Dilemma for Fund-of-Funds

In Revere’s first content piece on why venture capital is broken, we talked about “access”...namely throwing out the old definition: trying to get something that you can’t have, and we started a dialogue around understanding something that is inherently hard to understand.

We also noted a plethora of investment firms and consultants that serve purely as access gateways to name-brand and oversubscribed funds, offering little in the way of transparency into underlying positions and opportunities to build direct relationships. Oh, and many of these structures they proffer come with two layers of fees for this "access" and have a steep J-curve to boot.

We unpack the dilemma of and limitations around fund-of-funds that focus on venture capital, and preview a few solutions through Revere’s productization and thematic basket approach.

HOW WE GOT HERE

Venture capital fund-of-funds (“FoFs”) have been around for at least the last 20-30 years. They were a result of the reality that the best venture capital funds raised modest sized funds and only a select number of LPs had access and allocation. These same LPs were the early pioneers of the venture capital FoF model.

This brings us to the time-honored concept of the S-curve of innovation, made famous in The Innovator’s Dilemma, the classic treatise from the late Clayton Christensen, who was deemed by The Economist as the foremost management thinker of our time. The S-curve elegantly maps out the life cycle and usefulness of technology and innovation and is set out below:

In the early 2000s or so FoFs were at the forefront of investment innovation, grabbing the attention of various investors that adhered to the principles of endowment-like passive asset allocation models. Many of these investors were looking for technology investments but not getting exposure and returns in traditional buyout funds or public markets, so they turned to FoFs that provide access to the best venture capital funds...and were willing to pay whatever the cost of admission. These FoFs would settle on their straightforward niche and value proposition -- reselling their access.

BUT THE S-CURVE KICKS IN...

Soon thereafter, given the S-curve, FoFs were maturing and approaching a plateau, nearing the end of their value proposition. While FoFs delayed S-curve effects by innovating (somewhat) and building out co-investment, secondaries and even region specific funds, these were only iterative points of expansion. Largely driven by the type and profile of investors that they were servicing (large institutions, endowments, pensions, etc.), FoFs were locked in and couldn’t truly move into innovative models.

Revere co-founder Eric Woo is well-versed on the FoF model, having worked for nearly 8 years in the industry. When he first started in 2009, some FoFs dabbled in seed and emerging VCs, but didn’t seriously commit to these strategies, eventually burying these commitments within their main funds. For most FoFs, even socializing a standalone emerging manager fund-of-funds was deemed too risky because it might alienate their established (and largely satisfied) LP base, and posed tremendous fundraising and strategic risk.

This “gap” led to new entrants coming in and focusing on these niche strategies. With early difficulties trying to educate potential LPs, these new entrants endured very long fundraising cycles. But through perseverance, being early to the new category and shifts within venture capital itself, these new entrants carved out their market share, eventually forcing the more traditionally-thinking incumbents to establish their own emerging manager programs.

By the mid 2010s, traditional FoFs grew long in the tooth and are generally in decline because the windows of opportunity to innovate are long gone. The structural model itself is choked by certain critical constraints (old and new), including:

WHERE DO WE GO FROM HERE?

For any FoF insider and their institutional investor LPs, these are existential issues with no simple answers. These issues are further complicated by the fact that many of these insiders are at the tail end of their careers, often with precious little talent to succeed them. We don’t meet many experienced tech investors or successful founders with exits under their belts looking to start a traditional fund-of-funds or joining the established FoF brands.

Revere believes that a new dawn is at hand, and innovative new products will replace the incumbent FoF approach. To disrupt the old way, Revere is utilizing an arsenal of tools that include:

So what does this mean for observers on the sideline looking to invest in venture capital? Revere unequivocally believes that it is the ideal time to do the work, because you will see the incumbent-disruptor movie play out before your eyes. Certain underlying “cinematic” themes are very much worth noting:

If you’re reading this, that means you’re looking for something better and looking to participate in the Golden Age of returns in venture capital. This involves a new, better way...